Back to all posts

The musical drought is over

After 7 long years without new music, Chadwick Station is finally back. The music industry has changed quite a bit since then. We hope to be on the forefront of a new trend. We hashed this out over several years, and we've just come to the conclusion that albums and EPs are no longer practical. We look at the way you consume music and they no longer make sense.

Time was when an artist worked diligently to assemble a roster of songs into what was called a concept album. The only problem was very few artists actually followed a concept. Record companies demanded 12 songs for an album, so they gave them 12 songs, regardless of their quality or relevancy. What you ended 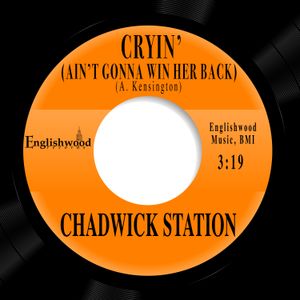 up with were two or three songs worthy of being released as singles, and the rest were simply filler. You charge the customer for an album just because you can, but you only give them a handful of solid songs that they want to listen to over and over again.

We're putting our foot in that revolving door.

We're making you one promise. We will work tirelessly to create the best song we possibly can before we release it. If we get to the end of the process and it doesn't meet our standards, then you'll never hear it. We're not going to force filler on you, just good, solid songs you want to hear. That's why we've decided to release just singles. Each song will stand on its own merits. Somewhere down the road we may release an album of your favorites, but they'll all fit one "concept." You loved them.

With that in mind, we introduce Cryin' (Ain't Gonna Win Her Back). You'll notice a distinct late '60s/early '70s R&B vibe to this record. We didn't go in search of a vintage R&B hit. It came to us. The hook literally came to Alvis Kensington (lead singer) in a dream. He bolted from his bed and ran to his home studio where he sang the hook into a microphone before he dared forget it. The next day, we started with that hook, laid down the remarkable bass groove, added some drums, then turned the horn section loose. Alvis filled the holes with wonderful lyrics and there you have it.

It's one of those songs that when we got to the end we all looked at one another and knew we had something special. We hope you feel the same way. If so, please share this song with your friends, your family, your co-workers. It's one of those ear worms you can't quite get out of your head. And we hope you never do.